Looks like Warren Hill will NOT be executed tomorrow night...


The state of Georgia is once again in the spotlight regarding a death penalty case which, when examined by anyone with a sense of justice, makes the Peach State start reeking of even more rotten fruit.  Or perhaps a better analogy: strange fruit.

No, this is not quite a lynching any more than any execution could be termed as such, but Warren Hill now faces execution on Monday, July 15. Yes, Hill is guilty of the murder which got him to death row, but we now know with certainty that his execution would be in violation of a prohibition of capital punishment for those found to have intellectual disability, which used to be referred to as “mental retardation.” 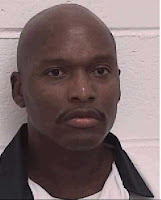 Ironically, Georgia was the first state to prohibit the execution of the intellectually disabled. In 2002, the U.S. Supreme Court outlawed the execution of such people in Atkins v.Virginia.

Still, Georgia scheduled Mr. Hill’s execution date despite new findings from doctors who previously testified as State experts that Mr. Hill does not have ‘mental retardation’ (the legal term still used). Earlier this year, these three doctors reviewed Mr. Hill’s case and revised their original diagnoses. Now, every doctor who has examined him agrees: Mr. Hill has mental retardation. Even so Georgia plans to move forward.

Of course, the powers that be in Georgia just don’t seem to care what others think.  They executed Troy Davis nearly two years ago now despite very real doubts about his guilt. More than 26 years ago, Georgia killed Warren McKleskey after the U.S. Supreme Court denied relief because doing so would have acknowledged the racism in our legal system. There’s many other cases to discuss – they are all ugly with injustice.

Of course, all of this happens because the powers that be can hide in the convoluted process of the law. In April this year, a Georgia court ruled that it could not consider the new doctor findings because of procedural barriers. In fact, no court has ever considered this critical new information on its merits. With Mr. Hill days away from execution, it is unconscionable that technicalities are standing in the way of fair review of the evidence.

Now, as a result of procedural technicalities and the State’s impossibly strict burden of proof, Georgia risks executing a person with clear mental retardation.

That is why Mr. Hill’s case has received extensive and diverse outpouring of support from mental health experts, intellectual disability organizations, legal experts, several of the jurors from trial, and even President Jimmy Carter and Rosalyn Carter. Notably, the family of the victim also does not wish to see Mr. Hill executed, specifically citing his intellectual disability.

Executing Warren Hill would violate the U.S. Constitution and be yet another dark stain on the Georgia criminal justice system. Even conservative death penalty supporters are saying this. The courts should grant a stay of execution to ensure that the State of Georgia does not put to death a mentally retarded man.

Posted by abe@abolition.org at 2:33 PM